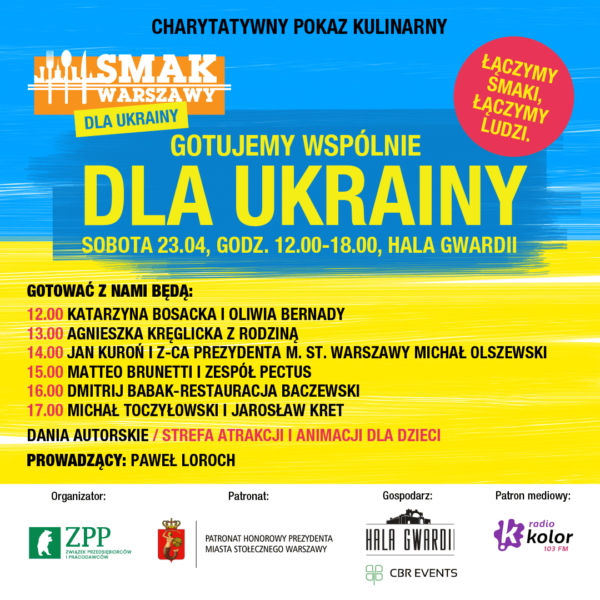 „Taste of Warsaw for Ukraine” – charity event in Hala Gwardii

This Saturday, 23 April from 12:00, in Warsaw’s Hala Gwardii, chefs including Katarzyna Bosacka, Matteo Brunetti, Agnieszka Kręglicka, Jan Kuroń and other distinguished Polish and Ukrainian chefs will be cooking for the people of Warsaw. As part of a charity event, aimed at raising funds for medical aid in Ukraine, the organizers have planned a number of attractions.

As part of the special live cooking sessions, the chefs will present the secrets of preparing the most famous Easter dishes that will delight all the attendees. We invite you to share a meal at the big table! There also will be plenty of surprises for the little ones.

“Not everyone knows that Orthodox Easter – Ukrainian Pascha – takes place a week after ours. Celebrating it means different traditions, different foods, but the same joy, kindness, hope and reciprocity. In order to provide an opportunity for these two cultures – which are fairly similar to each other but still have their differences – to get to know each other, we decided to invite Poles and Ukrainians to share a table. That is why we came up with the “Taste of Warsaw for Ukraine” – a charity-integration event that will give us the opportunity to meet and learn more about our neighbours” – says Marcin Nowacki, vice-president of the Union of Entrepreneurs and Employers which is organizing the event.

Among the guests invited to cook together with us were such names as Katarzyna Bosacka and Oliwia Bernady, Agnieszka Kręglicka with her family, Jan Kuroń and the deputy mayor of Warsaw, Michał Olszewski, Matteo Brunetti and the group Pectus, Dimitrij Babak from the restaurant “Baczewski” as well as Michał Toczyłowski and Jarosław Kret.

“On the menu they have prepared for you, we will find: stuffed eggs, white sausage baked in beer, vegetable salad, pasta alla sorrentina, traditional Ukrainian borscht on pork ears, żurek (vegan and with sausage), Ukrainian cheesecake, cheesecake with cherry sauce and Easter pascha,” adds Marcin Nowacki.

The Polish-Ukrainian Easter will be hosted by Paweł Loroch – journalist, critic and culinary judge, the star of Gastrofaza on AntyRadio.

The event is held under the honorary patronage of Rafał Trzaskowski, Mayor of the City of Warsaw. The event organizer is the Union of Entrepreneurs and Employers..

We look forward to seeing you starting at 12:00!

13:00 Agnieszka Kręglicka with her family (Easter pascha and stuffed eggs)

14:00 Jan Kuroń and the deputy mayor of the City of Warsaw, Michał Olszewski (żurek – a traditional Polish sour soup with sausage and a veggie, and potato salad with egg and chives) 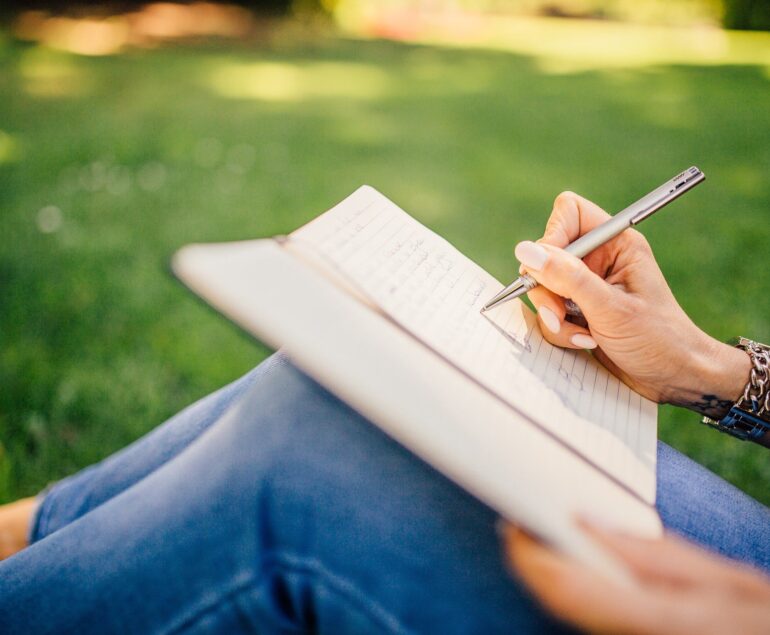 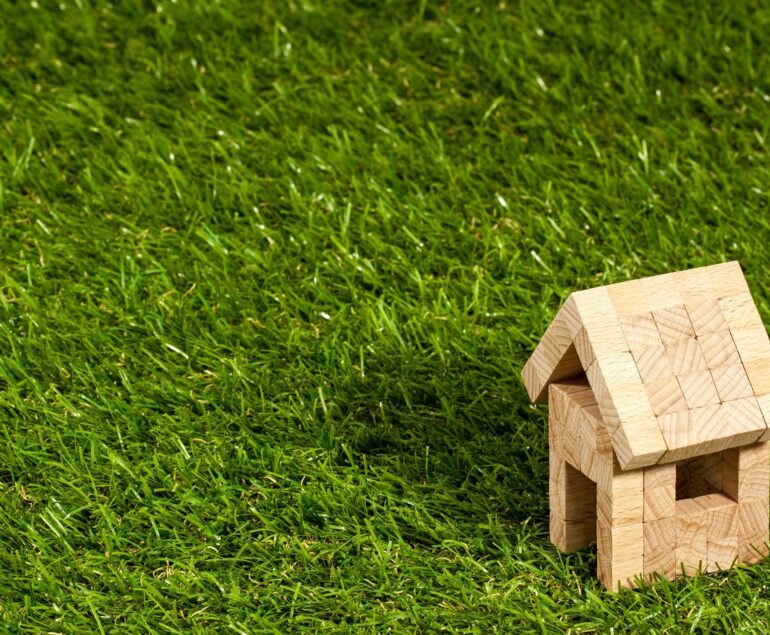 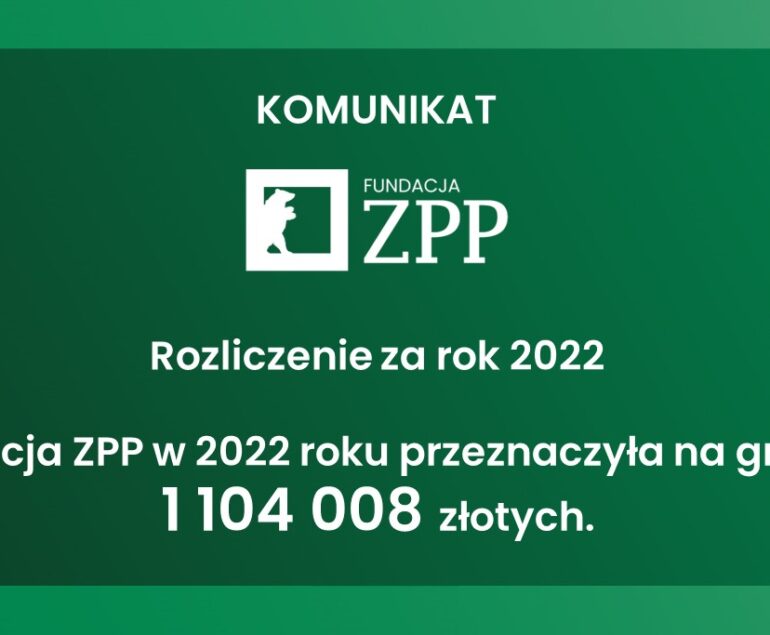